In a world of Pixels you need someone to put them together. 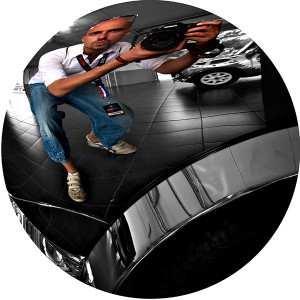 Born some years ago in a little city in Italy, I’ve always been addicted to technology.
After studying science, I made a drastic change and decided to study something more creative, and I went to the IED (Istituto Europeo del Design) in Turin.

During the last year of University, I moved to Barcelona to finish my studies and I haven’t left since.
Pretty soon I started working as the Art Director in haiku media, where I got the opportunity to grow professionally, working on all aspects of the projects – from the very first idea, following through every step of the creative process, until completion.

In August 2015 I left my position at Haiku media, following the opportunity to work as a Senior UX/UI Visual Designer consultant in a big consulting company, Altran Spain in the Finance and Insurance division.
Since then I’ve worked full-time for AXA Group Solutions Spain as an external UX/UI expert focusing on Mobile Applications and Websites and Web applications, following the agile methodology.
In this job, I was a member of different teams following up all the phases of the development of the projects from the inception day till the finished product, testing various MVPs and collecting feedbacks from user testing and finding solutions to improve them and give to the PO exactly what they are looking for.

At the end of July 2016, I left Altran Spain to move to Australia as permanent resident in the city of Melbourne where I had the opportunity to get very soon in the Australian market as a contractor.

I enjoy working on every kind of digital project they can throw at me, websites and any kind of mobile app.

This is my Portfolio. I hope you enjoy it!

Last update: Working as perm at Jetstar as Product Designer for Accomodation (Holidays and Hotels websites).

Contracts history:
– Feb 2017 to Jun 2018 – Cricket Australia as Product Designer for MyCricket natives mobile applications.
– Nov 2016 to Feb 2017 – ME Bank as UX/UI Designer for their web portal.
– Sep 2016 to Nov 2016 – tigerspike as Experience and UX/UI Designer working on few projects they had running.

Max is an excellent UX/UI designer. He was a freelancer at Tigerspike, and was very successful in all of his projects.
Max is passionate, well liked by staff, and can produce deliverables very quickly if needed.
I look forward to working with him again.

Massimiliano worked in various mobile and web apps for us and did an excellent job in UX and UI. He is very client-oriented, fast-leaner and great at teamwork. Since the beginning he was trusted with big and complex projects. It is hard to find people as positive, professional and efficient as him.

Massimiliano has been one of the most talented and implicated consultants in UX/UI that I have had in my division.
It has been a pleasure to work with him.